Since 2006 I’ve been blogging with Google’s Blogspot.  I’ve been happy with Blogspot.  I’m used to it, it’s easy to use, and I have established a following.  However, there is a problem.  Too many people in my personal life know that I blog.  I find that I have to use the “Aunt Barbara” rule when I blog. What is the “Aunt Barbara” rule you say?  I got that term from a fellow blogger and friend.  He says his Aunt Barbara reads his blog so he has to watch what he writes. Translated, that means he can’t write about anything that is really personal or that he doesn’t want his Aunt Barbara to know.  Like how many times he has sex with his partner or other really interesting topics that Enquiring minds want to know.

I’m always taken back a bit when I go to work and one of my co-workers makes a comment to me in person about one of my postings.  I immediately think “What did I say?  Did I say something about her?” So of course I have to be very careful with what I write about.

Sometimes I want to write about my family and the family dynamics we all have.  I have to self censor myself because I think, “What if my brother reads this?  He’ll really be pissed”.  I have one brother is easily pissed at many of the things I say.  Or I could write something about my other brother (I have two younger brothers) and his feelings would get hurt.  That brother doesn’t get mad at me, in fact I don’t think he’s ever been mad at me.  But I wouldn’t want to hurt his feelings by posting something totally uncensored.

I blog daily, sometimes more. I get much pleasure from blogging.  But sometimes I feel restricted.  I think I’m ready to move to the next phase and start blogging unplugged so to speak.

So that’s what I’m going to do here in future postings friends. Let’s give this Word Press blog another try. 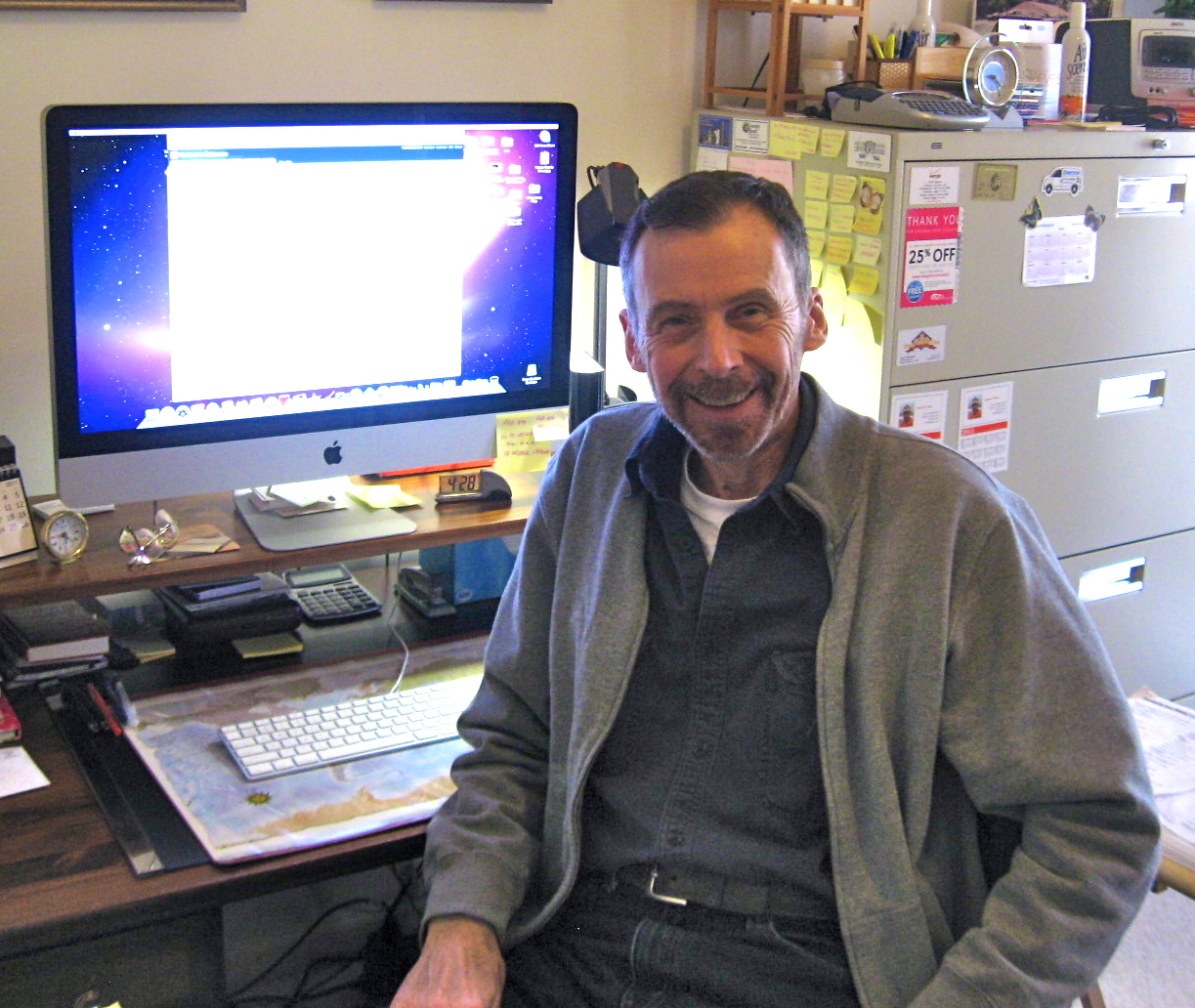 Me at my computer blogging away